Hi everyone, and welcome to my Vegan Sausages So Good site. Being half Belgian, half German, one can hardly blame me for my love of sausages 🙂

A LITTLE STORY ABOUT ME

My German grandfather used to make his own sausages. I remember standing in his attic – being just a little girl – and staring at the amount of sausages that were strung about. There were so many kinds: bratwurst, frankfurters, pepperoni, liverwurst, and many more. He named them all, but I forgot most of them. My grandfather was proud of his work and he also let me try some, and they were delicious. In that time I was not vegan yet and I had never heard of veganism.

Years later, in my twenties I was faced with animal slaughter and it was the first time that I made the connection to the horrors that were connected to our food. I became a vegetarian. After that, the only right thing for me to do was to be a vegan. I could no longer sponsor such cruelty. When I discovered vegan recipes for sausages, I started cooking, baking, and frying. The taste was delicious, either homemade or store bought. I didn’t feel like I was missing out on anything. Quite on the contrary, I didn’t even miss the sausages I had had in my my childhood. What I had now was so much better, and cruelty-free.

THE WORLD IS CHANGING

More and more people are taking steps to a more compassionate life. Some are hesitant and feel they are giving up on many things. I thought the same over fifteen years ago. So, I understand. In truth though, you’re not giving up anything. You are gaining: mouthwatering meals, a more compassionate lifestyle, and as a bonus your health even improves drastically. You feel more energetic, and your body starts craving the good stuff.

IT IS MUCH EASIER THAN THEY SAY

We all take different paths to a more compassionate lifestyle. Some of us go cold turkey. Others go gradually. Whatever works for you is fine. I would like to share some awesome recipes for homemade sausages and recommend some excellent store bought ones (if cooking is not your thing). I also want to focus on other vegan foods – not just sausages – and the vegan lifestyle. There are so many delicious recipes, wonderful cookbooks, and tips that I’d like to share. I hope that this will help your transition to veganism in some way.

If you ever need a hand or have any questions, feel free to leave them below and I will be more than happy to help you out. 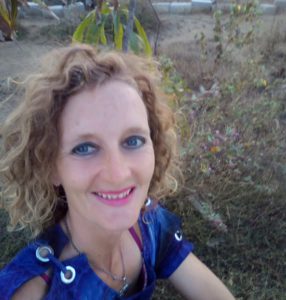