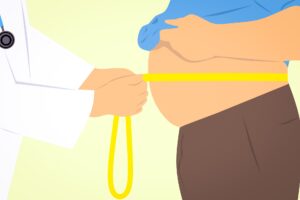 We all know that meat sausages are not in the top list of healthy food, not even at the bottom of that list. When it comes to sausages (and other processed meats) there is a big red flag. Health alert! Many of us prefer not to know what sausages are made of, but ignorance is not always bliss, especially when it comes to food.

So, why am I writing about the dodgy ingredients in sausages and why they are bad for you if my website is called “My Vegan Sausages“? Well, I am going to compare pork sausages with plant-based sausages, and show you that there is a healthier way to consume these round favorites for breakfast, lunch, and dinner. All is not lost.

So, let’s look at the unappetizing list of what goes in pork sausages, which is a popular snack food. Then I’ll list the ingredients of high quality vegan brand sausages. I’ll let you decide which can be eaten with less risk to your health.

All right, here it comes. What are pork sausages made of? The most common ingredients are:

I was a little hungry when I started writing this article, but now that hunger’s gone …

Why Are These Ingredients Bad For You?

Processed meats are very bad for you and affect your health. People who eat a lot of processed meats are more prone to diseases such as cancer and heart disease, leading to early deaths. As for the leftovers, as the word says, they are leftovers. Where do you find that? Not nicely stored in a box … Much of it is picked up from the floor or tables after the killing and slaughter …

High fat and salt content are also damaging to your health, they are known to cause cardiovascular disease and stomach and colorectal cancer … A high fat diet also leads to obesity, which in turn is another trigger for health issues.

What Are Nitrites and Nitrates?

Let’s get to the chemicals now, and they’re not good either.

Nitrite gives certain processed meats their pink coloring (for example ham and bacon) and it battles harmful bacteria in processed meats. Nonetheless, nitrite may damage cells in the human body (under certain conditions) and change into cancer causing molecules … 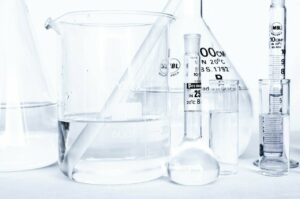 Nitrite is naturally found in other food sources too (even in some plants, for example spinach and radishes), so it is important to keep the nitrite doses to a minimum. This news about other nitrite sources should not be so scary though, since I have never known anyone – besides Popeye – who ate spinach every day. I do, however, know plenty of people who ingest processed meats on a nearly daily basis …

Nitrate – just like nitrite – is found in many vegetable sources and is also an abundant natural source. There is nitrate in lettuce and so far we haven’t had any health scares about lettuce, have we 😉 ? So, why would it be considered bad? The reason is that there is a huge difference between nitrates found in plants and how nitrates are packaged in meats.

When nitrates are used in meat processing, they interact with red meat and then form N-nitroso compounds which are known to cause cancer.

It makes us take a whole other look at foods like sausages, and not only sausages, also hams, bacon, salamis, etc …

What About Sausages That I Can Eat?

Of course, there are some you can eat! I love sausages, but I eat only plant-based ones, store bought or home made. So, they are guilt free in the health and cruelty department 🙂 First of all, let me give you a list of ingredients that you usually find in vegan sausages. 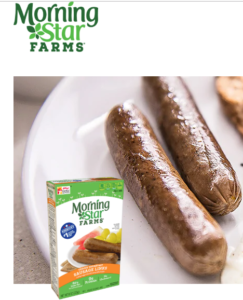 The below list features what can go in vegan sausages, but it doesn’t mean that every vegan sausage has exactly those ingredients. Some may have fewer ingredients, others may eliminate soy or gluten. It depends on the company. I hope that this list, however, gives you a good idea.

OK, perhaps this question popped up in your mind. So, let’s address sulphites. They are a compound that are used as regulated food additives. Sulphites are substances that are natural in the human body and some foods. They may not be used on fruits and vegetables though, and if a product has sulphites, it should always be advised to the consumer, because in some cases it can aggravate asthma if you’re suffering from that condition. 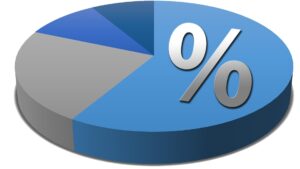 Sulphites may have side effects such as an itchy throat or runny nose, but according to a report in medical literature less than 1% of people have strong allergic reactions to sulphites. So, that is not a worrying number.

While we can agree that in general sausages are not the healthiest food, it is safe to say that it is a lot better and less harmful to eat vegetarian or vegan sausages. The processed meat versions are prone to cause diseases and health issues. The plant-based ones are not.

Did you know that there are some really delicious and tasty brands out there?

You should try Beyond Sausage by Beyond Meat. Many consumers have said that it tastes just like meat. Field Roast and Tofurkey also have very good products. To find out more, check my article on vegan sausage brands. You’ll find a plethora on yummy, plant based sausages, franks, hams, salamis, and hot dogs without having to worry about your heart or cholesterol. You could also make your own homemade sausages. Click here ==> to see the recipe.

I hope that this information was useful to you, and if you have any questions or comments, please leave me a message below.