When you decide to be vegan, one of the first things you will hear is “how will you get protein?” or “what will you replace the meat with?”

It’s a good thing that there are so many vegan brands that offer meat substitutes such as faux barbecued “chicken”, burgers, sausages, chorizo, and so on; but even if it were not so, meat is not the sole protein source. There is a lot of healthy plant protein out there in the plant world. Therefore, meat does not necessarily need to be substituted. With a healthy and balanced diet you will have all the nutrients you need. 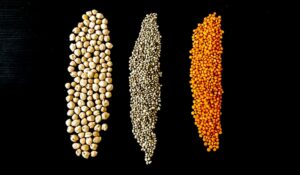 What Are Some Of The Best Brands?

Daiya, Gardein, and Field Roast are high on my list, and Lightlife, Tofurkey, Yves Veggie Cuisine, and Morningstar Farms are also very good. Then there is Sweet Earth Natural Foods, Trader Joe’s, and the award-winning Beyond Burger from the Beyond Meat company.

These vegan meat substitutes have been getting better in time, and they taste incredible. Beyond Meat products taste a lot like meat, a non-vegan friend once told me. For me, these substitutes don’t necessarily have to have a meaty taste. If you give me a nut burger, I will salivate over its delicious flavor. I once had a homemade nut burger at our local organic market and it was mouthwatering good!.

Meat is not the only thing that is replaced. Daiya offers delicious vegan pizzas, cakes, and many other delicacies. Tofurkey has great cold “meats”. Gardein brings us delectable vegan “chicken”, barbecue, and holiday roasts. There’s just so much on the list.

I’ve made black bean and soy chorizo patties (which were a big hit with my non-vegan colleagues), lentil patties, portobello burgers, vegan “lamb” burger (that’s a longer recipe, but it’s worth making the time for it), bean patties, and veggie patties; vegan pizza, lasagna, stroganoff, enchiladas, nachos, and much more. I enjoyed every single meal and was always happy to share and let friends and colleagues indulge 🙂 . But enough about me, let’s talk about the best vegan brands.

In a previous article I already mentioned Field Roast, Tofurkey, Morningstar Farms, Lightlife, Beyond Meat, and a few other brands. Daiya, Gardein, Yves Veggie Cuisine, Sweet Earth Natural Foods, and Trader Joe’s definitely belong on that list too, so, I’ll explain more about them in this post 🙂

They offer many delightful options, and it’s also important to mention that Daiya contains no allergens such as soy, gluten, peanuts, tree nuts, and dairy.

This vegan food brand also offers delicious products. Let’s make another list and see what they have. 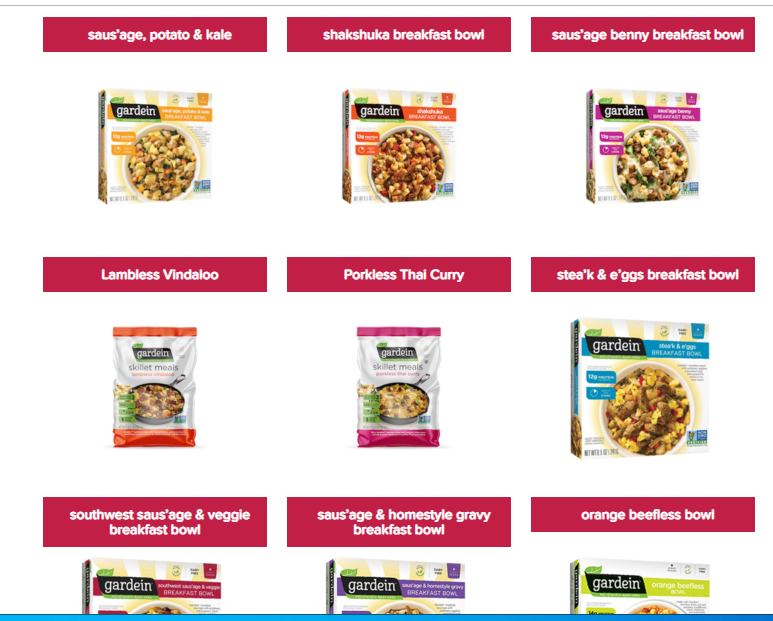 This is another great one. Let’s take a look at another list 🙂

Here’s another great brand with a variety of yummy products.

This is a brand I have been anxious to try out for a long time. It’s based in the US, and I live in Mexico. I have heard so much about Trader Joe’s. Many of my friends and acquaintances tell me to go there and try out their products, since they offer many vegan meals. It’s time to order soon, thank God for the internet, right?

Anyway, I decided to include Trader Joe’s in this review, based on its popularity and on all the positive comments I have heard and read about this company. Let’s have a look at what they offer. 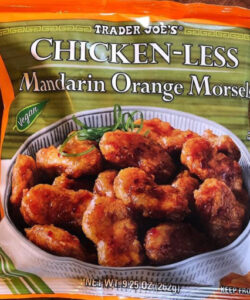 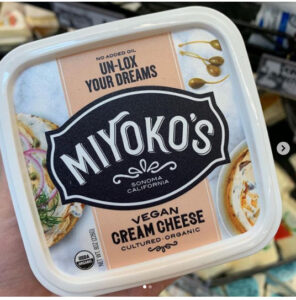 Are You Off to Stock Your Fridge?

There are so many vegan products out there. I feel like stuffing my freezer with them right now 🙂 For vegans there is a whole plethora of meat substitutes, plant-based pizzas, desserts, roasts, you name it, and this makes it easy for anyone who is considering taking up a vegan lifestyle. Even for non-vegans, these are great meals. When you’re having lunch or dinner and you don’t know what to cook for vegan friends and family members, get one of those meals, heat them up, and presto! They are really good. And why don’t you try them out as well?

I have had Daiya, Gardein, and Yves Veggie Cuisine products, and I loved them. I wholeheartedly recommend them. I included Sweet Earth Natural Foods and Trader Joe’s  in this review, because they deserve to be mentioned. Sweet Earth Natural Foods and Trader Joe’s haven’t made it to my kitchen shelves yet, but they will soon. Which one of these products will you add to your shelves?