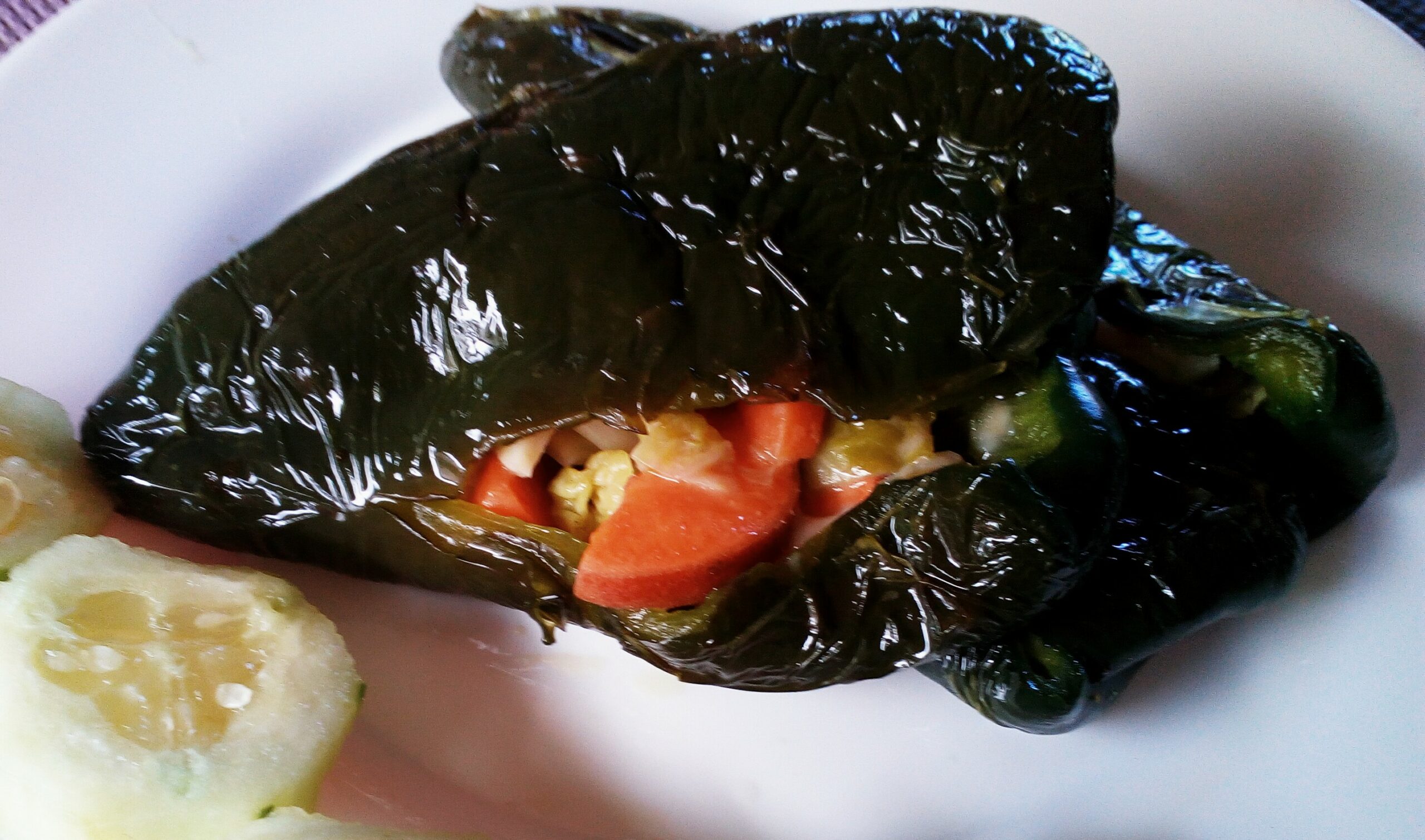 Following up on a previous easy stuffed peppers recipe, today I came up with a new one. The steps to make this dish are easy, ingredients are inexpensive, and preparation time is around 40 minutes.

Having lived in Mexico for so long, I fell in love with stuffed peppers. Although I had eaten them before I moved to Mexico, I had never tried them with spicier peppers. So far I had only tried stuffed Bell Peppers which are nice and sweet. Nonetheless, I never really learned to eat a lot of chili like they do here. I like chili and my favorite ones are Poblano, Piquin, Chipotle, and a little bit of Jalapeño. I draw the line at Habanero, though 😉 that one just burns my mouth 😉

When I cook I sometimes use chilies, but in smaller amounts. Feel free to adapt the level of spicy in this recipe as you wish. We all have different levels of resistance to hot chili peppers. Poblano is pretty mild in general, but if you leave in too many seeds they can be really hot. Yes, the spiciness is in the seeds. 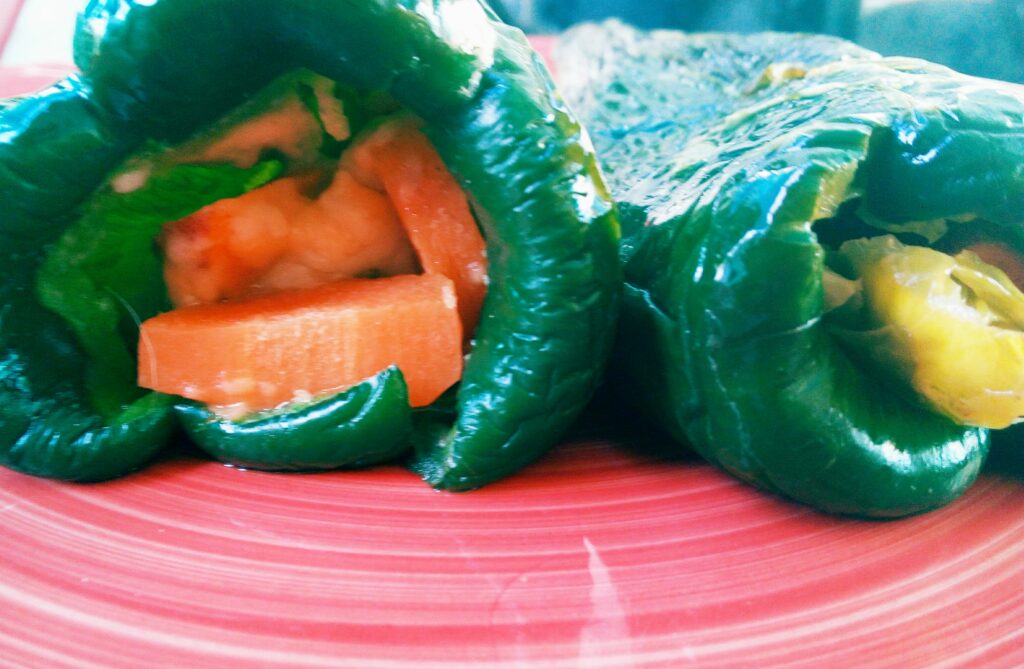 This recipe includes vegan cheese. Not all vegan cheeses are gluten free, but there are plenty that are, so vegan and gluten free is possible and doesn’t limit taste. 🙂

The vegan cheeses in the pictures below are gluten free. Daiya cheese (on the right) is not only gluten free but soy free as well.

Amazon Disclaimer: as an Amazon associate I earn from qualifying purchases, at no extra cost to you. This helps me maintain my website 🙂

My recipes are based on my personal preferences and taste, but they are also perfect to use as a guide and prepare them al gusto or improvise with them.

You can replace the veggies I used for this stuffing. Sweet potato, however, gives a lovely taste, and mixed with chopped sprouts, carrots, and melted cheese it is a great combination of flavors. Even if you are not a fan of Brussels sprouts, mixed in with the sweetness of the potato and carrot you won’t notice its slightly bitter bite. 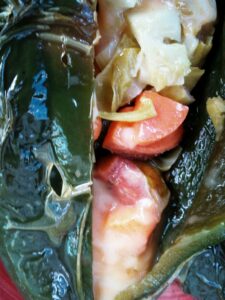 This recipe is enough for two people and the peppers can be stored in the refrigerator to be re-heated later. They are also a good boxlunch for work – just heat them in the microwave.

I also think that they can be used as both a side dish or a main meal. If you have any questions or other ideas, please let me know in the comments. I am looking forward to reading them.