The first question that might pop up is probably: “Is making this going to take all day?” No, it is not, don’t worry. While portobello mushroom topped with vegan sausage sounds fancy enough (great to impress your dinner guests, right? 😉 ), the recipe is pretty much down to earth. The ingredients list is short and it doesn’t hurt your wallet. So, now we got that covered, let’s have some fun in the kitchen 🙂

First of all, let’s have a look at what we need. 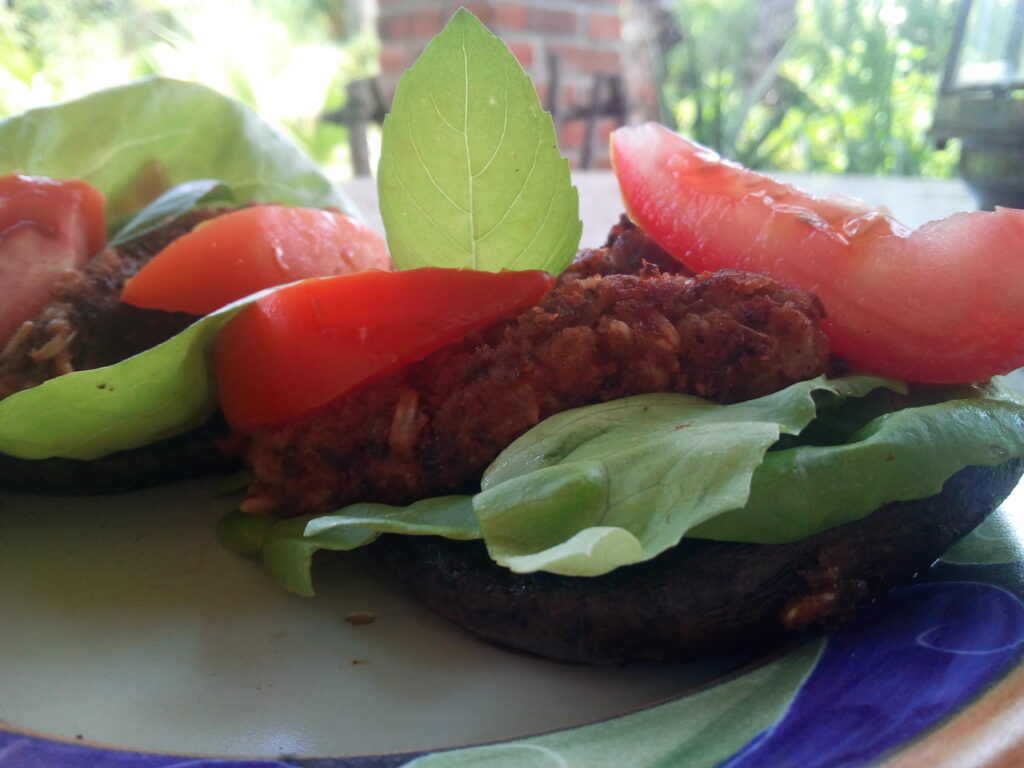 And your portobello mushroom topped with vegan sausage is ready. It’s a tasty meal, filled with healthy protein, easy to make, and it doesn’t take a long time to prepare. I spent around 35 minutes in the kitchen, which includes the preparation of the vegan sausages.

This is a nice little dish to surprise dinner guests. You could also slice them up (the mushrooms, not your guests, OK 😉 ) and use them as canapés (there you go, I told you we can get fancy 😉 ). And if you feel like a creative burger, just heat some buns, add mustard, ketchup, and veganaise (or whatever you like), and you got yourself a delicious veggie burger.

I had these portobello mushrooms topped with vegan sausage with a dollop of Dijon mustard, which is my favorite mustard. I love the taste of it. You could also have it on toast. You can really get creative with its presentation.

I hope you liked my improvised recipe. I certainly enjoyed it. I love creating things, not only in the kitchen, but also as a writer, and sometimes I also try to make new things with old boxes or other used stuff. I’m always doing something. So, expect more improvisations from me 🙂 . If there is anything you’d like to me to try or improvise on, or if you have any questions about vegan life, food, recipes, or anything else, please let me know in the comments.