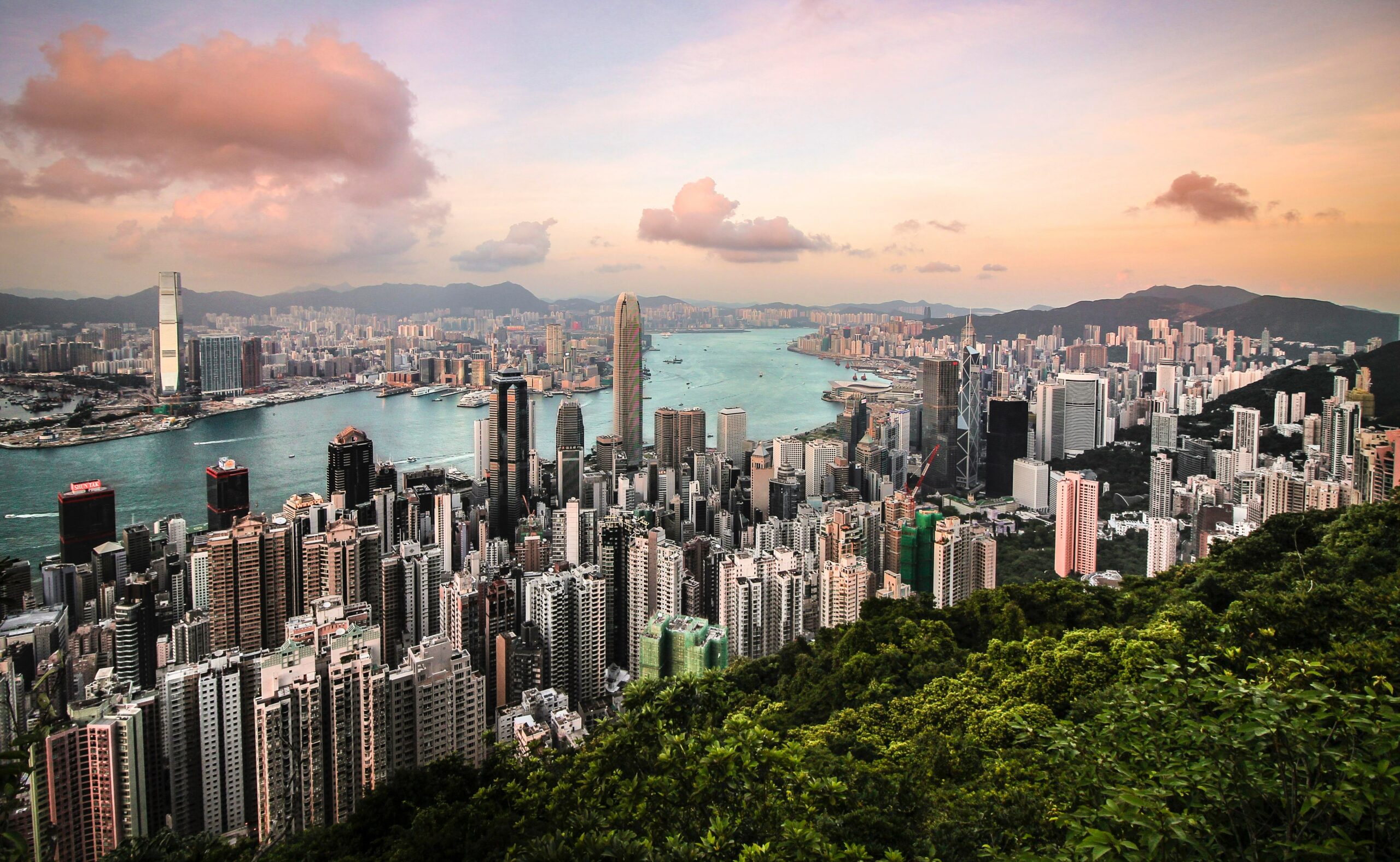 What are the best vegan cities in the world? In my previous article, I already mentioned 9 of them, the most noteworthy being Berlin and Tel Aviv. Tel Aviv is now considered vegan city nr. 1 in the world.

There are more, though, and they are just as great; and they also offer an incredible amount of plant-based options. What’s even better, they are spread all over the world, so if you are thinking of making some city trips – once the lockdown is over – here’s a list of some beautiful places.

We’ll start with Europe, then we move over to Africa, and after that we will go to Asia. In my next article we will explore more vegan cities (a few more in) Asia, then North America, and finally in Central America; we’ll end up making a nice trip around the globe. 🙂 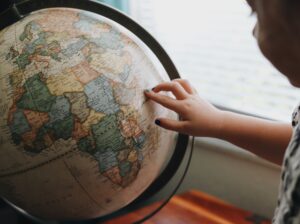 When I was in Poland I did not go to Krakow. I stayed in Warsaw, which is also a wonderful city with a lot of history. The Polish countryside is green and beautiful, and I would love to go back for another trip. I was also very much impressed with local homemade vodkas that were offered in restaurants, but that is another story. 😉

In Krakow, you can find several vegan restaurants.

Veganic Restaurant offers breakfast, all-you-can-eat, and late night food. Ideal when you are feeling hungry after a night on the town.

Farma Vegan Burgers is not a sit-in restaurant, but they offer take away and delivery.

Then there is the Bhajan Café Indian Vegetarian and Vegan Restaurant. Indian food is among my favorite, and it has such a great variety of flavors and spices. Sampling Indian dishes is always a delight.

Vegano Café has vegan, raw, and western cuisine + a bakery and a juice bar.

Vegab is a Middle Eastern place that offers fast food and take out. The plant based kebab – made of tofu – comes in many flavors. They also offer hot dogs, gluten-free cakes, and smoothies. 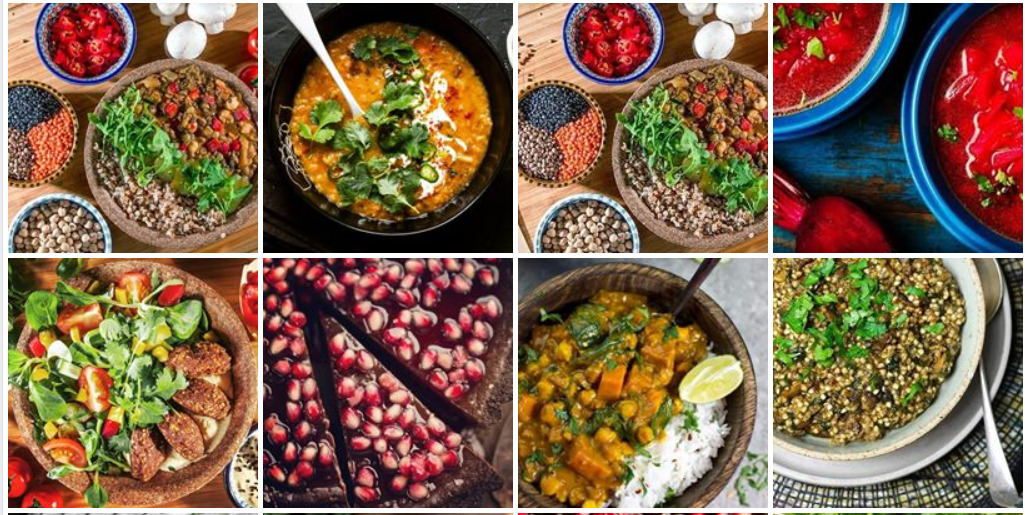 Vege To Tu offers Mediterranean, Middle Eastern, and Moroccan food. In 2016 this started out as a food truck and only a year later they opened their own restaurant.

Of course, there has to be Italian food, and Cocina Verde offers vegan pizza, calzonettes, juices, and desserts. Moreover, it is also children – and animal- friendly.

These are some of the noteworthy vegan restaurants in Krakow. There are more, but with this you already have a nice list of options, and Poland is truly worth a visit.

Turin is a big city in the North of Italy and mostly known for its business center and manufacturing, art galleries, churches, opera houses, palaces, piazzas, museums, and so on. It is, however, also a thriving place for vegans, thanks to Turin’s mayor Chiara Appendino who in 2017 decided to make this city more vegan friendly.

Although this northern Piedmont city is famed for its meat and dairy it now plays host to a plethora of vegan cafés and restaurants, which attract even more visitors.

The first vegan restaurant in Turin was Mezzaluna, established in 1994, and situated in a charming, historical building. It offers a fancy a la carte as well as a casual deli service. Famous Piedmont dishes have been veganized, including Turin’s local dish Bagna Couda. The traditional recipe includes anchovies, butter, and garlic, but Mezzaluna’s chef has achieved a fishy flavor with a type of sea vegetable. 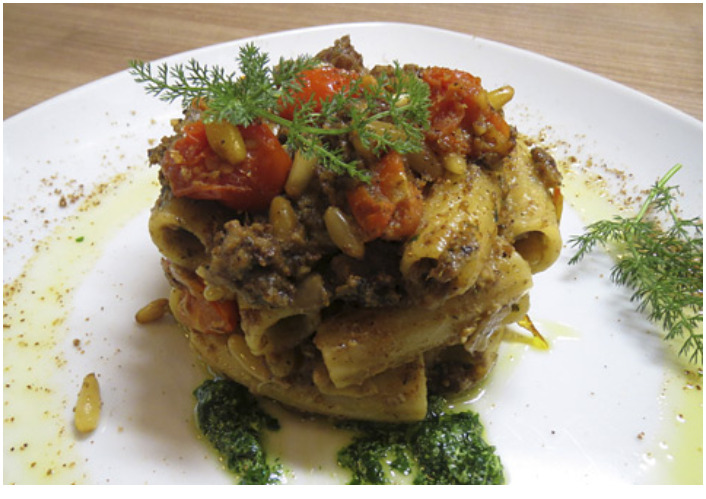 Mezzaluna also has a grocery store that is stocked with vegan items. Oh, I should have lived in Turin in the 90s …

Next on this list is the Gorilla Bar which offers vegan falafels, tapas, burgers, and desserts.

Flower Burger offers burgers in many flavors, made of either chickpea, tofu, seitan, lentils + vegan cheese and their trademark secret “magick” sauce. 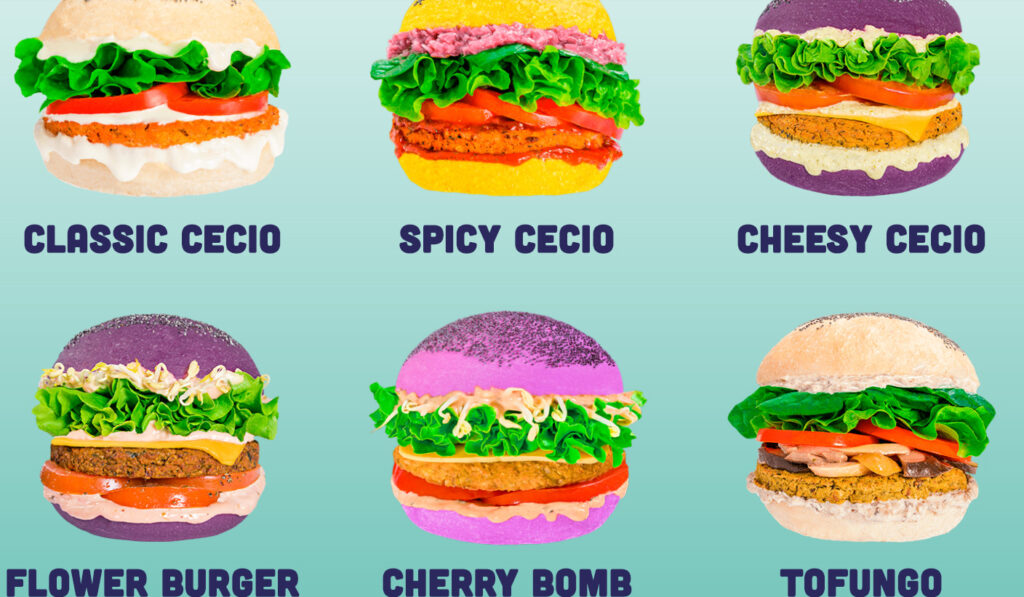 And there are so many more vegan places in Turin, too many to list. When you visit this city one day, allow yourself to explore its many vegan culinary delicacies.

One day I would love to visit South Africa. Cape Town is just one of the many places I want to see there. Today’s article, however, is focusing on Cape Town.

Lekker Vegan Kloof offers a great variety of burgers and fast food with original sauces and their apple crumble pie. “The best vegan junk food in Africa” as is proudly proclaimed. I sure would love to try it out. It looks delicious! 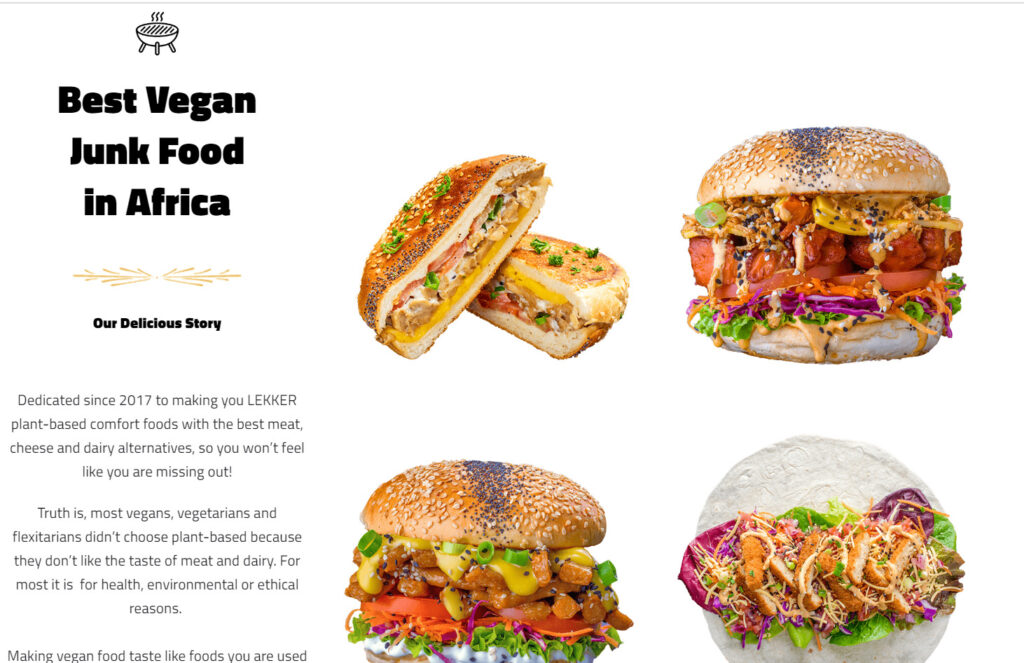 Green and Vegan Pop Up Dining presents various meals and even gluten free bread. Wonderful meals, such as chickpea tuna and mouthwatering desserts make this definitely a place to visit. 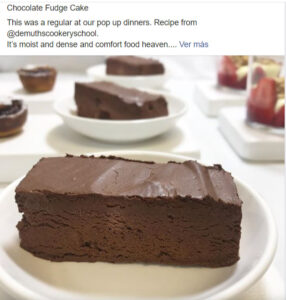 Addis in Cape, Ethiopian Restaurant delivers a cultural dining experience with Ethiopian dishes in a woven basket table and eaten by hand. 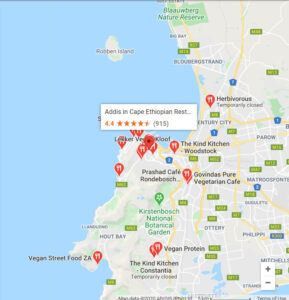 Rhythm Full On is a vegan, self-catering cottage in the town of McGregor. McGregor is at 130 km from Cape Town, but if you’re planning a tour around the cape, then Rhythm Full On will be a great place to stay.

And once more, there are many more delightful vegan restaurants you can try out in Cape Town.

I lived in London for four years, and I traveled to several places in the UK, but I have not been to Bristol. I still want to go back to the UK one day and visit more places there.

The UK also hosts the VegFest UK which is a huge festival that is held annually in cities such as London, Bristol, and Brighton. Although I have not included Brighton in this or my previous list, it is also a vegan friendly city. I may talk about that one in a future blog post.

Some excellent vegan restaurants in Bristol are the following:

The Spotless Leopard, great for office lunches and take out. Specialties are Reuben sandwich and the vegan macaroni cheese with smoky “bacon” bits. This restaurant has also won numerous awards. 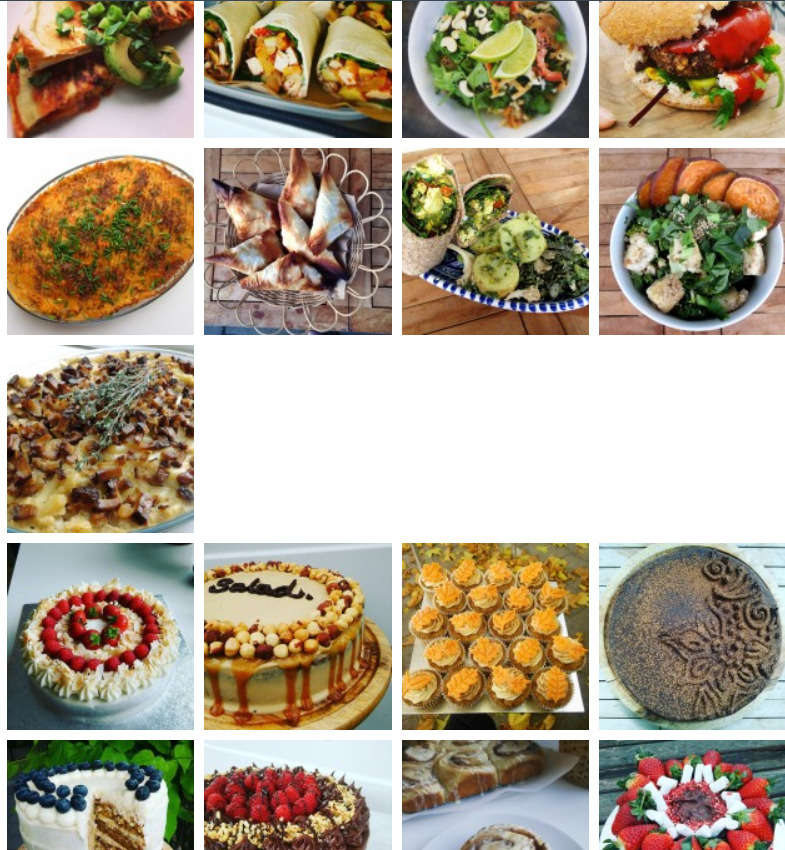 Café Kino is a cool place to hang out. Their menu is entirely vegan and offers delicacies such as hand-cut rosemary scented chips and burgers with their own vegan mayonnaise.

Koocha and VX are also amazing places to visit. Koocha has a big variety of meat substitutes, for example seitan kebab, falafel burger, Persian mezze plates, and there are also yummy desserts such as raspberry cheesecake. 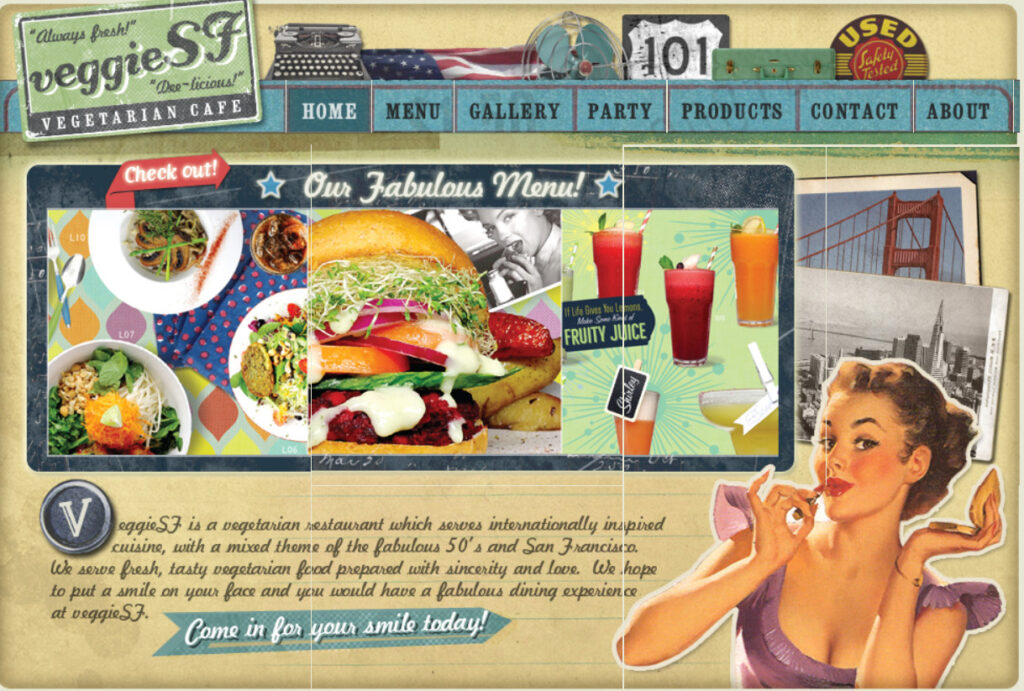 Veggie SF, with a picturesque 1950s American theme and decor, serves a large choice of international vegetarian and vegan food. 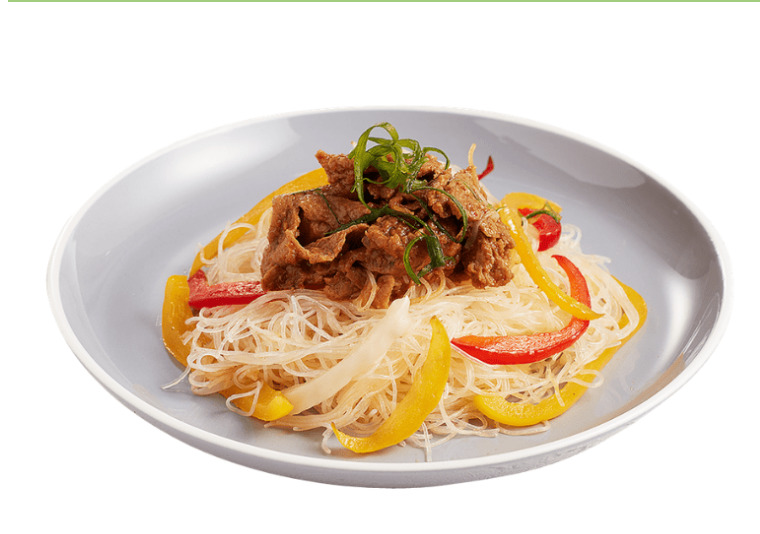 If I ever go to Hong Kong, Kind Kitchen is one place I will definitely visit!

I think that it is wonderful to have all these options available. Being a vegan nowadays is so much easier than it used to be and having those cities around makes traveling also a lot simpler. Even if you happen to find yourself in a non-vegan environment, options are always there. You just ask the chef or the waiter to replace or remove certain ingredients in meals, and they will be happy to accommodate you. 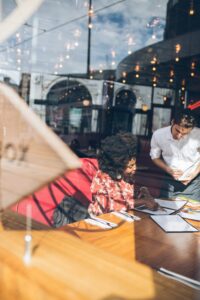 I am not done with my list yet, but I did not want to make this post too long, so I will blog about the rest of the vegan cities in another blog. If you want to read about more vegan places, please check my previous post as well.

As soon as we are allowed to travel again, I will check back on this list and the previous one I made. I would like to visit Berlin, Tel Aviv, Portland, Kyoto, Cape Town, and San José.

Which cities are enticing to you? Have you been to any of these places? Please let me know your thoughts and/or experiences.