How about Triple Chocolate Coconut Cupcakes? Combining the rich flavors of chocolate and creamy, nutty coconut to create divine, to-die-for, delicious cupcakes, and the best is that the recipe is pretty easy.

Did you know that …?

Here’s the recipe for much smaller cupcakes and a lot fewer calories than 2 million 😉 This recipe makes 12 cupcakes. 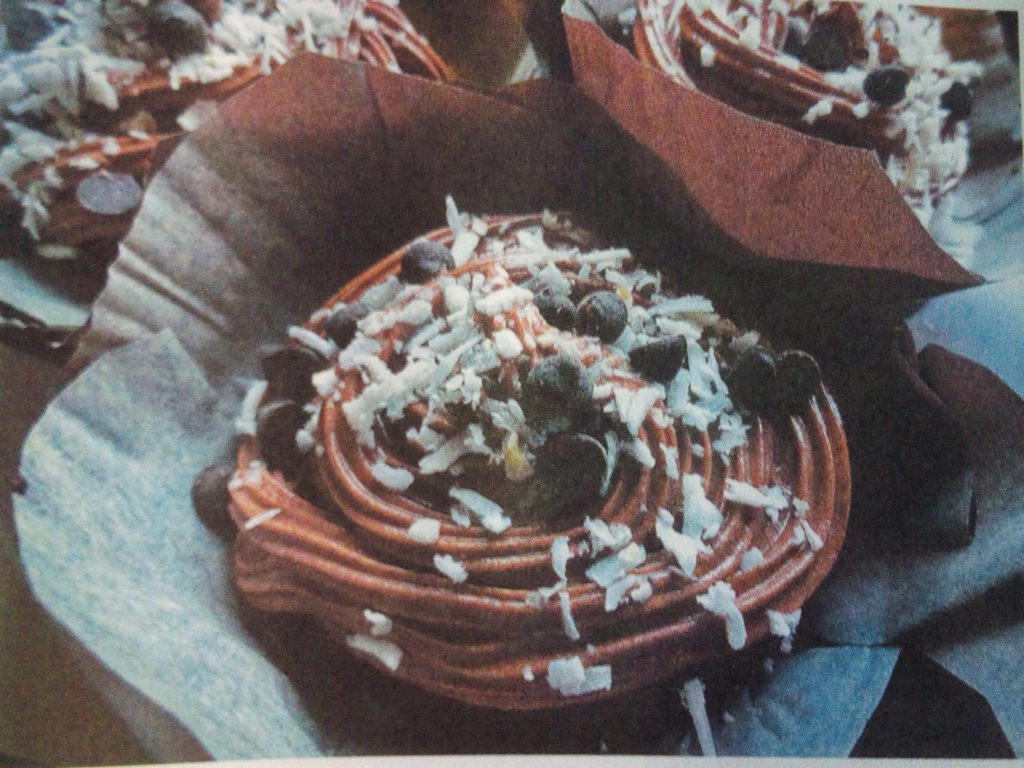 This recipe is courtesy of Maria Amore, a friend and an amazing vegan chef who gave me permission to share her cupcake recipe from her book Cooking with Amore. She is passionate about animal rights and about creating delicious, filling, and healthy meals. I have tried many of her creations, such as these cupcakes, chocolate cake, shepherd’s pie, lasagna, key lime pie, mudslide pie, and so on. I love her food! If you’d like to see more of Maria’s mouthwatering recipes, please check out her Facebook page Cooking with Amore.

Maria’s book is available on Amazon. You can also contact her directly on Facebook. I hope you like this recipe. Try it out at home, I’m sure you will love it 🙂