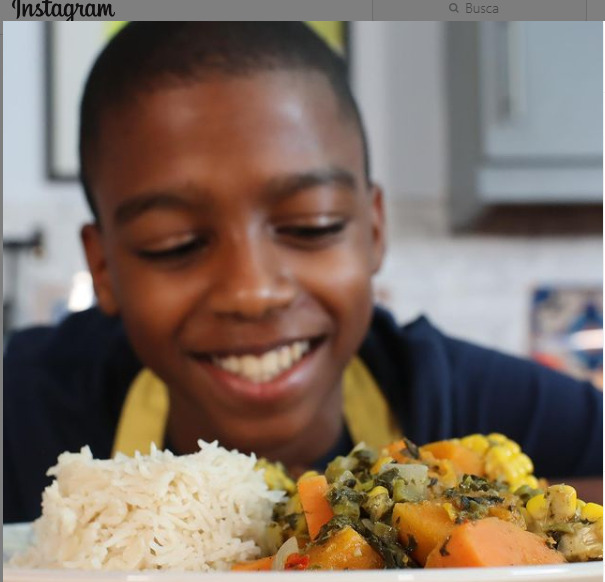 At 12 years old, Omari McQueen has already achieved a lot. He became vegan (and a chef) when he was 7, hosts his own YouTube channel called Omari Goes Wild, published a cookbook, created his own brand, Dipalicious, and even hosted a restaurant venue in a one-month pop up restaurant in Croydon, London. He has won several awards and is known as Britain’s Youngest Chef. If you don’t know how to cook vegan meals, I recommend that you subscribe to Omari’s YouTube channel where he shares his easy-to-follow recipes.

When Omari was 7 years old, his parents began to teach him how to cook. In that time, his mother became ill, and she was diagnosed with hemiplegic migraines. Since his father often came home late because of work, and his mother was ill, Omari now spent more time in the kitchen, at the same time discovering his love for cooking.

To find a way to help his mother, he began to research foods that might be beneficial, and his research brought him to information about the vegan diet. After watching a video on YouTube, his view on nourishment was changed. He said, “Why would I eat animals when the world is full of delicious and healthy foods that don’t harm them?” 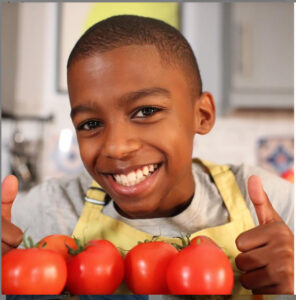 It all started with a vegan pizza. For his first YouTube video he made vegan pizza with his homemade dip called “Caribbean Kick”. His dips were also such a smashing success with friends and family that he decided to sell them.

“I went to an Ultra Education children’s business fair and sold my dips for fun,” Omari said. “Then when I realized I sold out and everyone loved it, I decided to make it my business.”

Omari launched his company Dipalicious, starting with delightful dips such as Caribbean Kick, Sweet Tooth, and Coco Curry. Those names sound absolutely mouthwatering. You can check his website here ==> Dipalicious

On his YouTube channel, Omari doesn’t only share his recipes, but he also gives cooking classes for kids. This is a perfect family activity, especially nowadays that several countries are still in lockdown due to covid-19.

When you subscribe to Omari’s YouTube channel Omari Goes Wild, you will learn how to make delicious meals. Instructions are easy to follow and Omari is a charming host. At the same time, your kids can learn from Omari’s videos and also try his vegan recipes. This could be a kids project or also a fun family activity. 🙂

He has also published his first cookbook, called Best Bites Cookbook, which is available on Amazon UK. It features over 35 plant-based recipes, from pizza to pasta, snacks, and smoothies.

”I can’t wait to inspire other kids to experiment and have fun with vegan food in the kitchen.”—Omari

He is planning the release of his second cookbook in January 2021. I’m looking forward to it 🙂

And this is not all. Omari wants a bus restaurant as well to offer vegan food on the go, giving people the chance to have balanced vegan meals. Additionally, he plans to put up lots more cooking shows on his YouTube channel. With the support of his parents who manage the business part and who also teach him about that aspect, he is well on his way to become an independent entrepreneur when he turns 18.