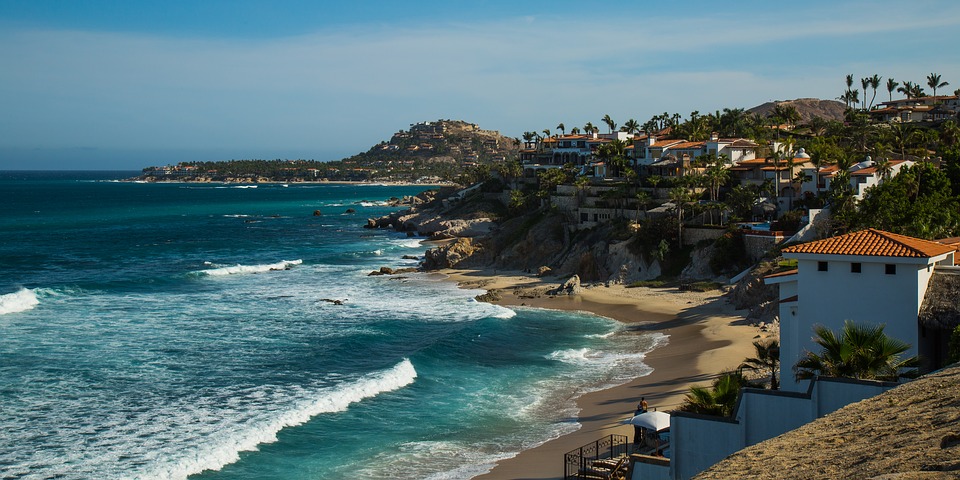 Vegan shopping in Los Cabos has gotten so much easier

Over the past years I have seen many changes in Los Cabos; more shopping malls, new hotels, improved highways, organic markets, and even a waterpark. What’s more, there is also a rise in grocery stores and small specialized stores that carry many delicious food items. This last addition makes life for vegan locals and tourists a lot easier. 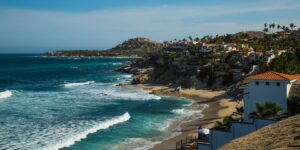 In my last article I wrote about local, Mexican grocery store chains that offer vegan foods. Today, I am going to talk about the smaller stores which also have a lot to offer. California Ranch Market and Santa Carmela  present a wide array of products that are apt for vegans, vegetarians, and people who prefer gluten-free.

OK, we’re in Cabo, renting a beautiful villa or staying at a nice hotel suite with a useful kitchenette. I love cooking, so those kitchenettes in hotels are a nice little extra for me 😉 So, where do we buy our food? First, let’s go to California Ranch Market.

This is a very nice store downtown Cabo San Lucas. Since 2018, there is also a branch in San José Del Cabo. What vegan food staples do they offer? Well, let’s see. 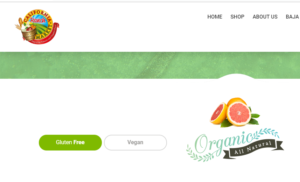 The Ranch Market has a remarkable list of products, not only vegan, but also gluten-free, and kosher. It’s definitely worth a visit.

This store is located on the highway, driving in to Cabo San Lucas, near Costco. Santa Carmela has fresh and organic produce and they feature many imported products. I have found vegan sausages there (brands, Morningstar Farms and Field Roast), Tofurkey ham and salami slices, although the last time I was there the owner told me that they were not going to order the vegan sausages anymore. Perhaps that means I should share more recipes here 😉

There are also vegan snacks, such as chips, crisps, and energy bars, and vegan desserts (Daiya cheese cake and others too). I’ve spotted vegan pizza, Gardein chick’n strips and some other meat replacements as well. The Santa Carmela store has a wide variety of Mexican and US products, and it is great for shopping or picking up a snack in the food section. In the food section, staff will make you a quick lunch. There is a menu, and you can also tell the staff what you want in your meal or on your sandwich.

Just one con: $$, it is a little expensive, but it’s still worth checking out.

This is the store I used to visit most often. Unfortunately, they closed a few months ago, so I thought it best to update this post with that information. They had a large selection of herbs and spices, all kinds of lentils and beans, and vegan products.

You can, however, still contact vegan chef Maria Amore, who was a partner in The Green Goddess, and who will be happy to help you with any requests. She offers a vegan menu with all the goodies (and more) she used to make at The Green Goddess.

The Green Goddess is a well stocked store. When you’re in Los Cabos, you should definitely check it out. The staff is very friendly and helpful. If there’s something you don’t find, just ask them, and they will be happy to help. This store is located in San José Del Cabo, on the highway, near the big store La Comer and across from the Chedraui Selecto store. This is just before you drive into San José, it’s pretty easy to find 🙂 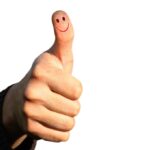 So, here we go. With my last article in which I covered three major Mexican store chains that offer vegan products, and this article which adds the smaller local businesses, there is plenty to choose from. Many years ago we didn’t have all that, and finding vegan products was hard … I had to either order it or make it myself. The good thing is that I love to cook and experiment in the kitchen, so veganizing meals has never been an issue for me.

It is, however, much better to have these stores here. From time to time I don’t have energy to cook and I just want to buy something that is ready to eat or something I just have to heat in the oven. Pizza, sausages, burgers, no-chick’n tenders, or anything that is quick, junk food basically, lol. Well, anything within limits works out just fine, even junk food. Balance it evenly, right?

In my previous article I promised a review of local vegan restaurants. Instead I wrote another article about vegan grocery shopping, because I realized that there was still so much information to share. So, the restaurant review will be for the next article, as promised. And then, after that it will be time to share a recipe again.

Although these last two articles were about stores in Los Cabos – and I do hope that you visit here soon – in any small town there is a lot more variety now when it comes to vegan products. Vegan food is in demand, more people are becoming vegan and let’s be honest, many plant-based meat substitutes – and vegan foods in general – are just to die for. If you’re not vegan, try it out. The food is so incredibly good. 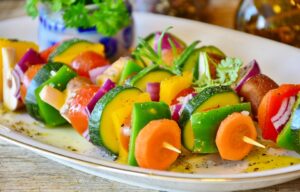 My father was an amazing chef (who loved meat) and I learned so much from him. He taught me about food, sauces, and wine Trust me, I am critical about food; and honestly, vegan fare is misjudged by many when in fact it is one of the best foods I have ever had.

Go on, give it a go. Tease those taste buds 🙂 And if you are coming down here (Cabo is a beautiful place), and you have questions about local stores or restaurants, let me know.


Spread the love
This post may have affiliate links, which means I may receive commissions if you choose to purchase through links I provide (at no extra cost to you). Thank you for supporting the work I put into this site!