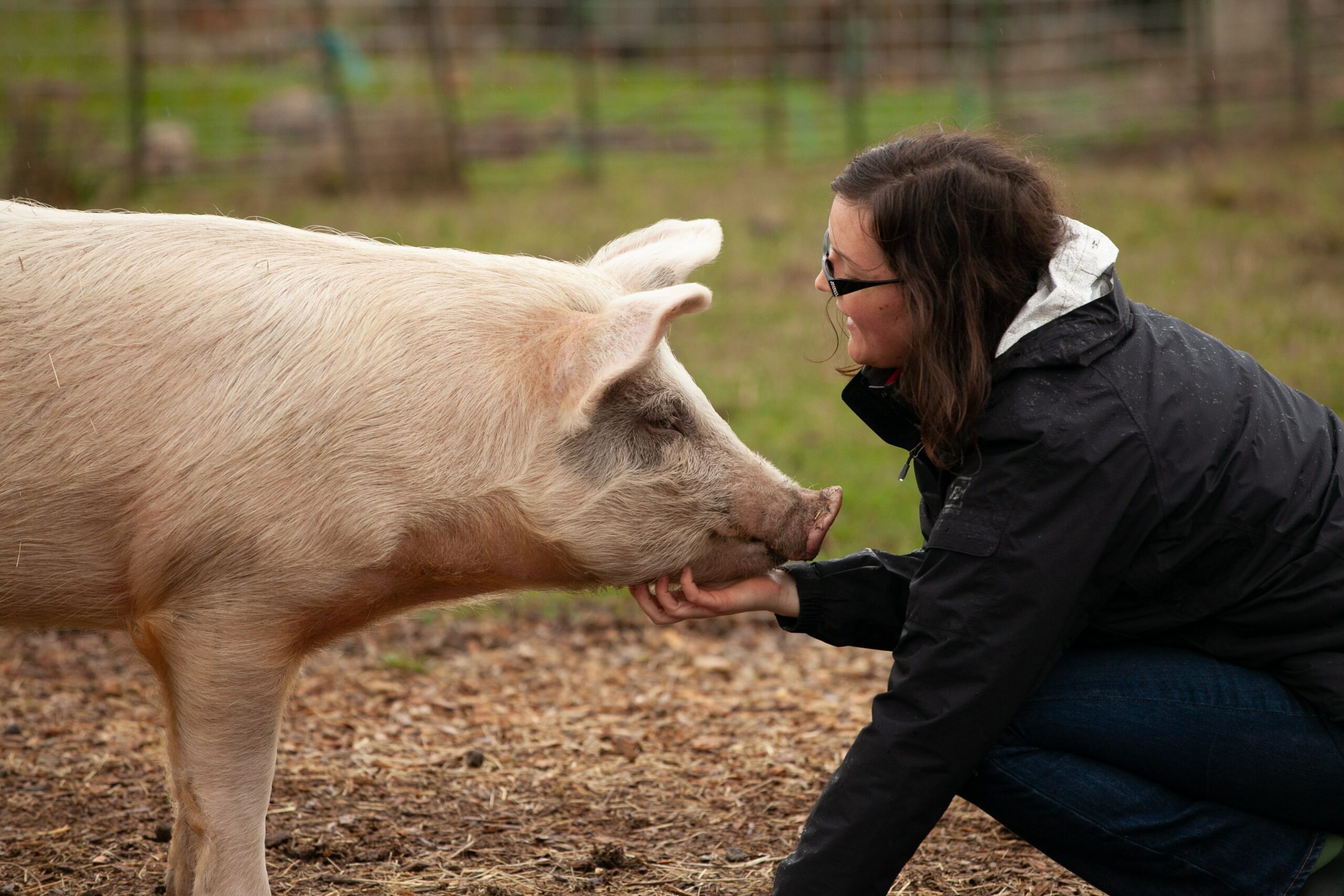 Many people ask me that question, besides the other inquiries as to where I get my protein and calcium. Have you ever seen Gary Yourofsky’s speech? Pretty powerful. If you haven’t heard of him, Gary Yourofsky is a vegan activist, and in this famous speech he addresses the question whether he loved meat.

His answer? “Love it! Guilty as charged.” But he won’t touch it. Did I love it before I was vegan? Oh yes, absolutely! I was raised by a father who ate meat every day and several times a day. I especially liked it raw and medium raw with the juice (basically blood) still sipping out. I used to munch on Belgian blood sausages for breakfast. My grandmother bought loads of them for me whenever I came to stay with her for the weekend. Yep, that used to be me, decades ago.

Why Did I Decide to Stop Eating Meat?

Why did I stop eating something I loved? Basically, I found out where it came from and what was done to obtain it. I didn’t go watching videos on YouTube. The truth was shoved at me every single day when I took the bus to work in Mexico City. The route went through an area that was dubbed “the meat district” and it included a slaughterhouse. 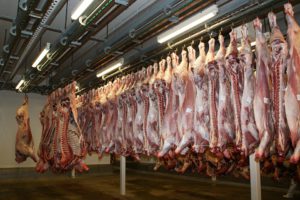 So, I involuntarily saw the animals nearly every day, on their way to their deaths, lambs and pigs mostly, but also other animals at times. The slaughterhouse workers didn’t really bother doing the slaughter inside. They embarked on their killing with enthusiasm, and on a nearly daily basis I witnessed the slaughter of these animals, I heard the terrified shrieks, and I saw pigs trying to escape, trying their utmost to stay alive.

I remember this one pig, even though this is nearly twenty years ago. He refused to go down. He fought with all his might to stay alive, and even when he was cornered and he couldn’t escape anymore, he still stood there, shaking on his legs, but gathering all this strength, still refusing to give up life, until life was finally brutally taken from him. I wrote a poem about that pig and I published it on Facebook years ago. It got several hundreds of comments and over a thousand likes. 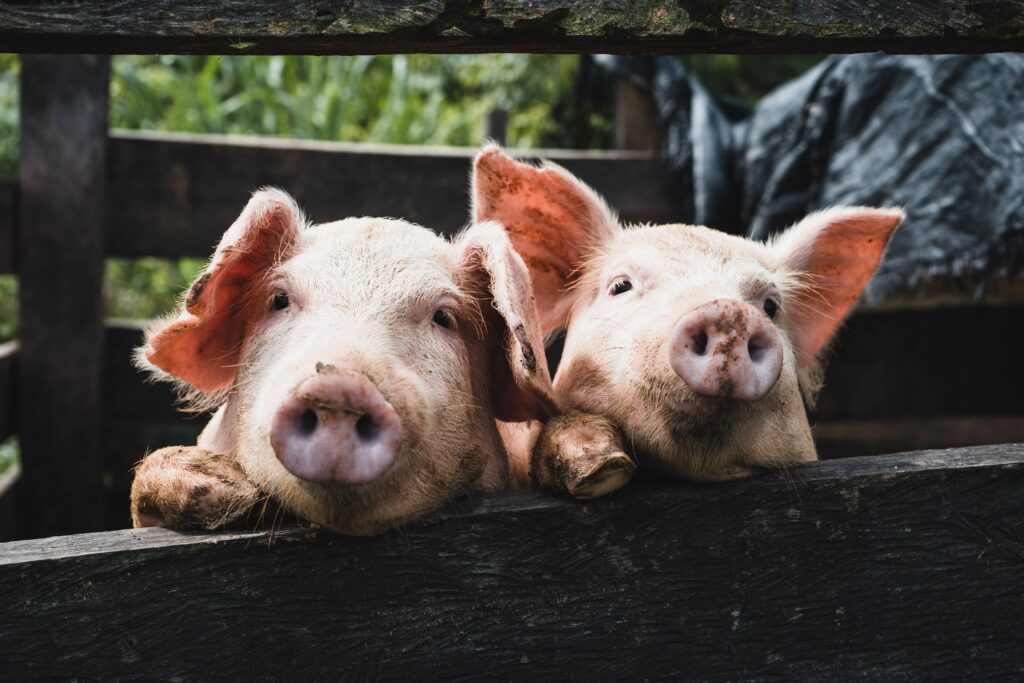 I was shocked at people’s reactions. Many were sympathetic. Others accused me of “being too dramatic”, some complained about the described cruelty. Either way, that poem got a lot of attention.

Desperately, I tried to find another bus route to work, but there was no other, and the only alternative was a route that would take me an hour longer to get to work … there wasn’t much choice, I had to pass through the meat district every day. And every day, I entered that area of death, praying “please, let there be no animals today, please no killing today.” Some days there were no deliveries of the condemned. Many days there were. Some days I saw them come in just when my bus left the meat district. Many days, I was forced to watch them die.

And this went on for months …

Until today I have never forgotten those animals. Those screams … the panic … the fear … 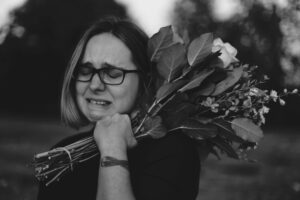 After I left my parents’ home, I never ate as much meat as I did when I had still been living with them. I ate it once a week, twice at the most. After having to watch the animals die, the next time I went shopping I thoughtlessly grabbed a package of pork cutlets in the meat section when suddenly I heard those screams, rising from deep inside me as a reminder of what I was about to buy …

I stood there, feeling like such a hypocrite, feeling so guilty … I suddenly made the connection between the package of flesh and the animal that was brutally murdered for it. I immediately returned the package to the shelf, and that was it for me. No more meat for me. I just couldn’t.

Not the Same in Other Countries?

Wrong. I can hear people tell me, “yes, but this was in Mexico. In my country this doesn’t happen.” Sorry, but that’s very wrong. Just because it is done behind high walls doesn’t mean that there is no cruelty or inhumane treatment. Undercover videos have already proven that regardless of what country you live in, animal cruelty is rampant everywhere, no exceptions.

After I stopped eating pork, I still had beef for a few days, but then I stopped that too. I went vegetarian gradually, but it didn’t take me long, perhaps two weeks to make the change. When – years later – I watched Gary Yourofski’s speech I realized that as a vegetarian I was still contributing to animal cruelty. I didn’t buy milk, but I used dairy products such as cheese, yogurt, and chocolates.

So, that’s when I decided to live a vegan lifestyle. It’s one of the best decisions I have ever made. 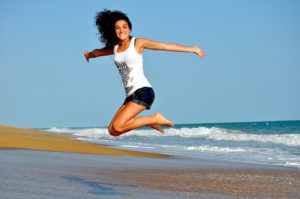 A plant-based diet gives me more energy, and although I have always had good health it has also given my health an extra boost. I discovered incredibly tasty meals, and I fell in love with vegan food. It is so delicious, and it is unfortunate that the general opinion of vegan food is still quite negative, but isn’t it always so with anything that’s considered “different”? Whatever is unknown or new is often easily judged. Everyone has an opinion, right? 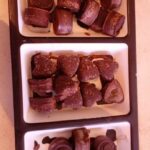 I used to be like that. When I went vegan, my biggest concern was not meat, but chocolate. I love chocolate, and unfortunately, many chocolates have milk … I would find myself pushing my shopping cart through the isles, gazing with longing at the chocolates, but I could not and would not touch it. I refused to buy anything that was linked to cruelty, and the dairy industry is extremely cruel …

So, I learned to make my own chocolates, and they were so good that people even asked me to make batches for them 😉 Now there are more vegan chocolates available in my hometown, but sometimes I still make my own, because I just love them!

As I mentioned before, I love vegan food and I feel great about myself. I could never go back to eating meat or any dairy products. Even though I used to love meat, that is entirely irrelevant. I do not miss it. Do I eat many meat substitutes? Not really. I love to cook and I can get creative in the kitchen 😉

One common misconception when people go vegan is that the “meat needs to be replaced”. It doesn’t. There are plenty of vegetable protein and iron sources.

I know that I will remain vegan for the rest of my life. I will continue eating a plant-based diet, buy cruelty-free and/or vegan cosmetics, detergents, clothes, shoes, etc. As a vegan you cannot stop all cruelty, but your impact is a lot less. So often do I get people wanting to challenge me with “how to make Christine see that vegans still cause suffering.” OK, This is not a competition or an argument to ridicule the vegan. Being a vegan is about doing your best to decrease suffering as much as possible.

Is nothing hard about being a vegan? Well, there is only one thing …

Guess which it is … it has nothing to do with food. What has been hard for me (and for many other vegans) are the constant challenges that we get thrown at us. Many of us go vegan for the animals, not to be engaged in endless discussions about a so-called lack of protein or in what way vegans cause this and that, and bla bla bla. I say bla bla bla, because I have heard the same arguments for nearly twenty years, and it does get tiring … So, yes, that’s the hardest thing about being vegan, in my opinion.

Of course, I avoid those discussions as much as I can. Whenever I can’t avoid them I usually say “If you are genuinely interested, I will be very happy to give you all the information you want, but if this is just about challenging me, then I’m not interested.” 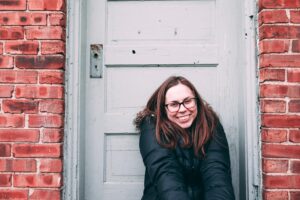 Perhaps I sound rude, but well, sometimes it seems that just because someone is a vegan it gives people a reason to discuss it. No, we don’t want to hear an “opinion” about animal cruelty, most of us have seen it extensively and opinions about whether it is acceptable are invalid to us.

No, we don’t need someone mentioning, “by the way, she is a vegan.” It’s OK, I’m doing it for the animals, not for someone to announce it at a dinner party.

“But hey, you have a website here,” I hear someone say. Yes, I do, and I am very happy about creating this website. I hope to reach more people here, and especially newbie vegans. I am happy to share recipes, tips, news, and anything that relates to a vegan lifestyle. I’d like to give the help that isn’t always available when someone becomes vegan. Most often we do this alone. And beginning a journey alone can be challenging. Now, with so much information online, and so many plant-based products that are available, becoming vegan is easier than ever 🙂